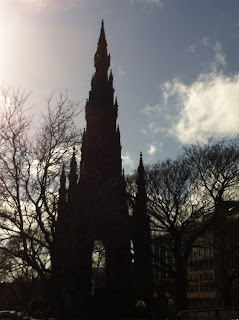 I am in historical Edinburgh, in a historical building that used to house Edinburgh University's Veterinary School. I'm writing this in a rather handsome cafe, like a certain other writer in Edinburgh. That's where the similarities between us end. 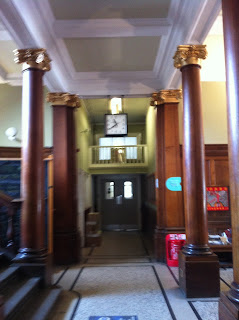 This is the First Festival devoted entirely to Historical Fiction. It is is always nice to be invited to things and to be included with writers of books for adults but I'm here on Monday morning, so I'm guessing it will be some kind of school event. I don't know because I haven't seen the audience yet. You never quite know what to expect which makes it difficult to plan what say. It is a luxury for me to talk to adults seriously about what I do, about the craft of writing, about the process of writing historical fiction. Too often, writers for children and teenagers are regarded differently, at worst as entertainers, at best as being there to enthuse readers: 'Hey, kids! History can be fun!' I've planned for a bit of both. Years of experience have taught me to take a belt and braces approach.

Appearing at a Festival like this, is not as much fun as people think. If one tells friends that one is going to  X, say, or Y, unless they are writers and know what it will be like, they think its kind of like a short holiday, time for sightseeing, a bit of shopping, or to take in the rest of the Festival, but it is often not like that at all. It is far more like a business trip. An overnight stay, do the event, go home. Trains, motorways, hotel rooms. I'm not complaining. Not at all. It's what I do and glad to do it. I just think its funny. But I suppose it is understandable. Writing isn't a like a real job, is it?

Stop press: just been told I'm not in the room it says in the Programme but somewhere else. Heart sinks little bit. How will whoever might be coming find me? 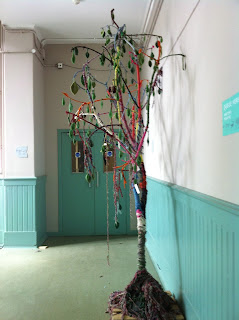 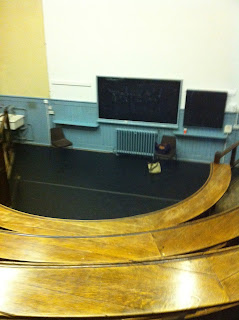 When I'm shown into the room, I can't believe it. It's a Dissecting Room. Wooden benches go up in a steeply raked semi circle. There is a space in the middle
where the table would have been. There is a leaded skylight above it. I see Victorian doctors in frock coats standing round a half flayed corpse and am careful not to stand right in the centre of the space. This is one of the most the most exciting places I've ever been asked to speak.. A Dissecting  Room in the city of Burke and Hare. How good is that?  Things are looking up. It's important to like where you are going to speak and I like this a lot. Apart from the freaky ambience, it has very good acoustics. It would be great for a Workshop, I reflect, but I'm not there for that. I'm getting quite excited, looking forward to the event starting, which will be soon.

Then someone asks me where my laptop is. 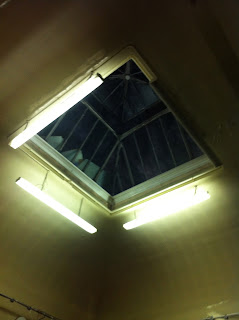 What laptop? No-one told me to bring a laptop. I only have my memory stick for the Powerpoint Presentation I intend to give. Momentary panic, then a laptop is begged or borrowed. Panic over. But it doesn't work. Not very well, anyway. It splutters to life, then goes blank. By now, the audience is coming in. Not exactly thousands, but just as well as it is a small space. If they spread out a little bit, they fill the benches. nothing more dispiriting that speaking to big empty spaces. That's a relief. There's always the dread that there will just be you and the organiser. Still no Powerpoint, but I start anyway and hey! It goes really well! Perhaps it's the place I'm in, all those lectures, the spirits of dead dogs. The time flies and there are lots of questions. Before I know, it's all over. You never can predict what an event will be like. I'm left with a lightheaded feeling of triumph, knowing that I snatched victory from a number of potential disasters. 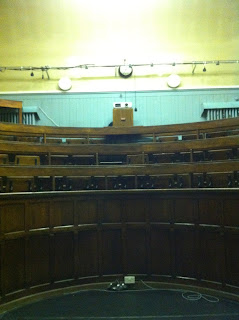 There are plans  to make the Summerhall Historical Fiction Festival an annual event. I hope this happens. I can't imagine a better place for it.
Posted by Celia Rees at 11:09